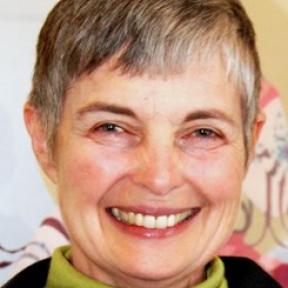 Zesho Susan O’Connell is a Zen teacher with 30 years of meditation experience. She has lived at San Francisco Zen Center since 1995, was ordained as a Zen priest in 1999 by Tenshin Reb Anderson, was Shuso (head student) in 2004, and received Dharma Transmission in 2016. She has served in many key positions at SF Zen Center, including as Vice President and President from 2006-2016. She is currently Spiritual Director of the Zen-inspired Senior Living Community Project. Before moving into SF Zen Center, Susan had a full work life. As a young woman she was an actress in L.A. and New York and starred in a dozen television shows, and several feature films. After that, she started, with two other partners, her own business as an independent feature film producer with offices in San Francisco and L.A., and continued that business for 25 years. She produced four award-winning feature films, and one TV movie and has been involved with dozens of development projects. She has consulted with filmmakers around the world on how to develop stories and raise private investment capital for movies. She can’t seem to stop her involvement in film and has helped to produce over 10 video/film projects about SF Zen Center and its teachers. She is a mother and a grandmother (which she does not consider to be “work”).