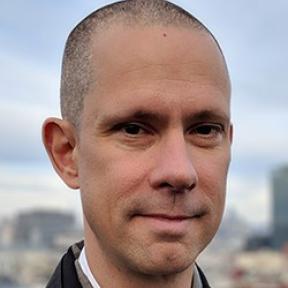 Sozan Michael McCord has lived and worked at San Francisco Zen Center since 2009, and served as Ino (Head of Meditation Hall) and Tenzo (Head Cook) at Tassajara Zen Mountain Center. He was ordained as a Zen priest by Ryushin Paul Haller in the lineage of Shunryu Suzuki in 2014. Michael holds a BA in Theology from Ambassador University and worked as a volunteer for their non-profit Ambassador Foundation in Amman, Jordan, doing vocational training for mentally challenged individuals. He had careers in the technology and financial sectors before coming to Zen practice. He was the Director of City Center/Beginner's Mind Temple from 2019 – 2021 and is currently the CFO of San Francisco Zen Center.