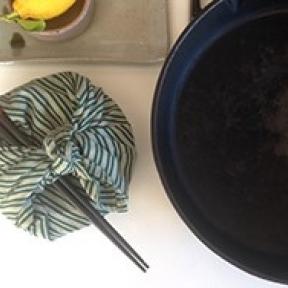 Marcia Lieberman is a long-term Buddhist practitioner who has been affiliated with San Francisco Zen Center since 1989, having resided at all three practice centers. As an artist, her affinity for beauty and form in ceremony has been a guiding part of her practice. Lieberman taught in the photography departments at UC Berkeley and California College of the Arts. In 2016 she completed graduate studies in Buddhist scholarship at the Institute for Buddhist Studies, UCB Graduate Theological Seminary. Marcia was the Shuso (Head Student) at Green Gulch Farm for the Spring 2017 Practice Period.

Mobility has been a part of Lieberman’s choices and lifestyle and she has traveled widely to enrich her sense of history and tradition. While teaching at the American University in Paris, she lived and practiced for three months each year at a Korean Zen center; in Japan she did research at Kyoto University on Dogen and lived at Rinso In. Summer months she travels for Branching Streams to smaller sanghas teaching form and temple arts and their place in every day Zen practice. Her third photographic book The Botany of Zen—Nature and Zen in the Temple Garden: A photographic inquiry of Ancient Plants, with Commentaries by Dogen Scholars, is forthcoming. Currently she is a householder and is interested in the diligence of home practice.