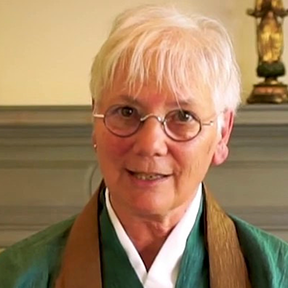 Kiku Christina Lehnherr served as Abiding Abbess at City Center from 2012 to 2014. She has degrees in physical therapy and clinical psychology, and practiced both in Switzerland. A student of Tenshin Reb Anderson, she was ordained as a priest in 1993 and received Dharma Transmission in 2005. From 2003 to 2006 she served as Tanto (Head of Practice at City Center. Since 2006, Christina lives in Marin, where she continues to support sitting groups and students as a non-residential teacher.