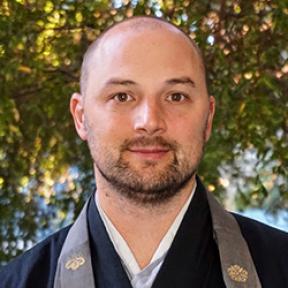 Bryan Clark graduated from UC Berkeley in 2003 and moved to Green Gulch Farm three weeks later. After some years at Tassajara Zen Mountain Center, he moved back to GGF to train as a priest with Tenshin Reb Anderson, with whom he ordained in 2010. After completing several years of training there, he moved to City Center in November 2018 where he is currently living out his dreams in the accounting office.