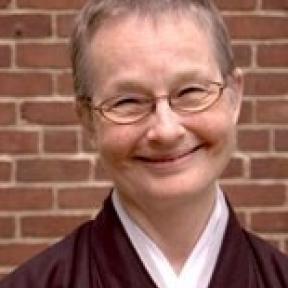 Anshin Rosalie Curtis has been practicing at San Francisco Zen Center since 1982 and has lived at Tassajara and City Center. She was ordained as a Zen priest in 2005 and received Dharma Transmission from Dairyu Michael Wenger in 2011. She has held numerous staff and officer positions, including being SFZC’s principal graphic designer for over ten years and treasurer/CFO. Recently she served as Tanto (Head of Practice (tanto) at City Center.