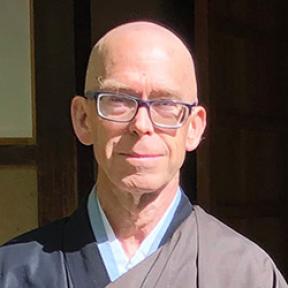 Anshi Daigi Zachary Smith has been practicing Zen since 1993. He took jukai in 1995, was Shuso (Head Student) in 2007, ordained as a Zen priest in 2014 and received Dharma Transmission on April 17, 2019, all with former abbot and Senior Dharma Teacher Ryushin Paul Haller. He currently directs North Mountain Zendo, a zazenkai (sitting) group in North Beach. In addition to his involvement with Zen, Zachary is a husband, a father of four, an engineer, a musician, a bike fanatic, and an avid but mediocre poet. He may be the only person in the history of Zen in the West to have interrupted a residential practice period to tour with a rock band.