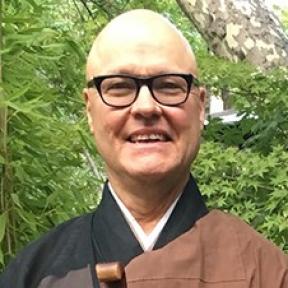 Zenshin Greg Fain got his first introduction to Zen at San Francisco Zen Center when he was 19, and has been training closely with Sojun Mel Weitsman Roshi, the Abbot of Berkeley Zen Center, for over 20 years. He was ordained as a Zen priest in 2002, and received Dharma Transmission in the lineage of Suzuki Roshi from Sojun Roshi in April 2012.