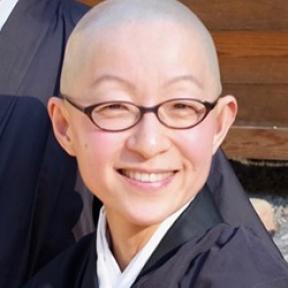 Yuki Kobiyama was born and grew up in Japan. She encountered Zen practice for the first time after she came to the U.S. to pursue a university education. After she received a Ph.D. in botany, she worked on several organic farms and gardens including Green Gulch Farm. She was ordained by Tenshin Reb Anderson in 2010, and served as Shuso (Head Student) in 2017 at Tassajara Zen Mountain Center. She also trained in Soto Zen temples in Japan after her ordination. Yuki has been a vegan since 2006 as a practice of compassion and an expression of environmental activism. She is also an abiding cat lover.