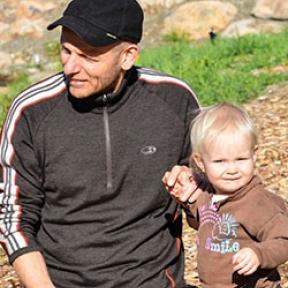 Thiemo Blank began Zen practice in Germany in 1989. In 2008, he left his job in medical research to move to Green Gulch Farm. He was ordained as a Soto Zen Priest in 2010 by Tenshin Reb Anderson and served as Shuso (Head Student) in Fall 2016. For many years Thiemo was the Maintenance Manager at Green Gulch. He is now the Guest Program Manager, responsible for a large crew, the conferences, and the many guests who visit the temple. He lives at Green Gulch with his wife Stephanie and their two children, Miro and Lucia.