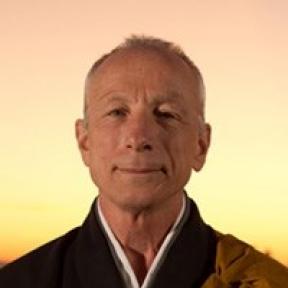 Steve Weintraub was ordained as a Zen priest in 1973, and he has been teaching at City Center, Tassajara, and Green Gulch Farm for over 30 years. In 1994, he received Dharma Transmission from Sojun Mel Weitsman in the lineage of Shunryu Suzuki. Steve is the guiding teacher for Presidio Hill Zen Group, which meets weekly on Thursday evenings in San Francisco. Steve also has a private psychotherapy practice in San Francisco and Mill Valley. As a therapist, influenced by Object Relations, Jungian, and Control Mastery thought, he works in the context of contemporary analytic depth psychology. Active as a husband and father of two adult children and one grandchild, he lives at Green Gulch Farm with his wife.