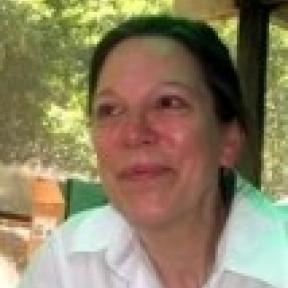 Sonja Gardenswartz began practice in 1981 and came to San Francisco Zen Center in 1991. Since then she has practiced continuously at Green Gulch Farm and Tassajara Zen Mountain Center. During her eleven years at Tassajara she practiced as Work Leader, Shika (Guest Host), and Tenzo (Head Cook). She received the precepts in 1995 and was Shuso (Head Student), at Tassajara in 2003. Since returning to Green Gulch she has been Tenzo, Guest Student Manager, and is currently the Assistant to Senior Dharma Teacher Tenshin Reb Anderson. She was ordained as a Soto Zen priest by Tenshin Reb Anderson in 2012.