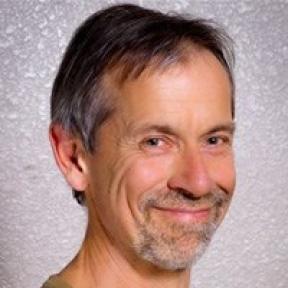 Rex Stromness has been studying and practicing yoga and meditation since taking classes in both at Sonoma State University in the late 70s. He had the good fortune to study Zen with Bill Kwong at that time at the Sonoma Mountain Zen Center in a class in the Psychology Department. He later studied yoga in the Sivananda tradition at their ashram in the Bahamas and then Ashtanga and Iyengar Yoga while living in Boulder Colorado in the 80s. He was introduced to Tri-Yoga with Kali Ray in Santa Cruz, Calif. in the 90s. He considers Ashtanga to be his main influence and calls his classes "Ashtanga based Vinyasa Yoga with emphasis on proper alignment, body mechanics and mindfulness".

He currently teaches yoga through the Kinesiology Dept. at Cal State University Chico and at studios in Chico, Calif. For the past four years Rex and his wife Michele have led international yoga/culture retreats of 15 to 20 people to Bali, Indonesia, Lake Atitlan in Guatemala, Caribbean Costa Rica, and the Sacred Valley of Peru. He feels blessed to be doing the work he does and looks forward to teaching at Tassajara.