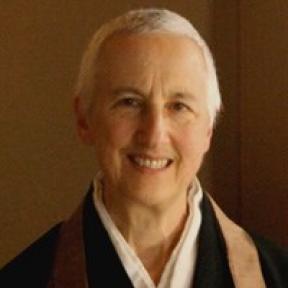 Meiya Wender has practiced at San Francisco Zen Center since 1972. She was ordained as a Zen priest in 1986 (receiving the name Luminous Night, Original Practice, Meiya Honshu), and received Dharma Transmission in the lineage of Shunryu Suzuki Roshi from Tenshin Reb Anderson in 2002. She also trained in traditional Soto Zen forms at Zuioji in Shikoku, Japan. She has held many monastic leadership positions at Tassajara and Green Gulch, including Director, Ino (Head of Zendo), Tenzo (Head Cook), and Tanto (Head of Practice).

She has studied the Way of Tea for many years, including a year at the Urasenke Midorikai program in Kyoto, and teaches Tea in Sowing the Moon Teahouse at Green Gulch.