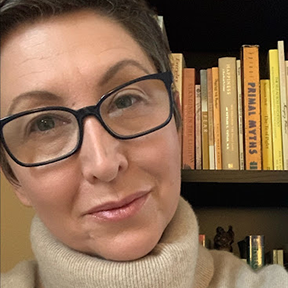 Meikyo Chelsea True (she/her) is committed to practicing at the intersection of climate, social, and racial justice and bodhisattva vows. She is lay-ordained in both the Soto Zen lineage of Suzuki Roshi and the Plum Village tradition of Thich Nhat Hanh, and is currently working as a liberation-oriented psychotherapist, supporting people historically denied access to mental health resources. Meikyo first attended the San Francisco Zen Center Family Program with her daughter in 2008 and has enjoyed leading dharma practice with SFZC families for more than a decade. In 2018, Meikyo served as susho (head monk) with the Lotus Sangha, a Branching Streams affiliate in Sebastopol, California. As a Mindfulness-Based Stress Reduction for Teens (MBSR-T) instructor, she has supported the growth of mindfulness in more than a dozen Bay Area schools. As the founder of the Engaged Family Practice program, she sees family practice as a powerful means for social transformation.