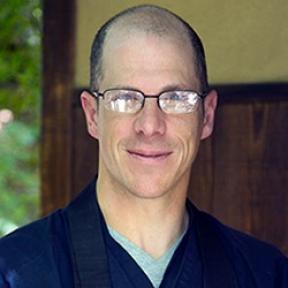 Korin Charlie Pokorny was ordained as a Zen priest by Reb Anderson in 1999. He practiced as a resident at Tassajara and Green Gulch Farm for 12 years, including serving as Tenzo (Head Cook) and director at Tassajara. He holds a master’s degree from Stanford University in Religious Studies, and he has brought a breadth of perspective on the direction that Soto Zen is taking in the world today through his recent position as director of the Soto Zen Buddhist Association. Charlie and his partner, Dojin Sarah Emerson, are head priests at Stone Creek Zen Center. He also teaches at the Institute of Buddhist Studies.