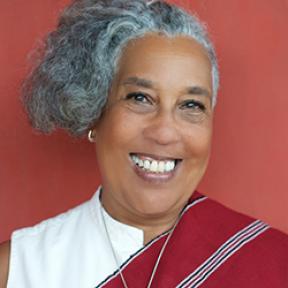 Karla Jackson-Brewer, MS, has been a student of Lama Tsultrim Allione for 32 years. She is a Tara Mandala Authorized Teacher and has traveled with Lama Tsultrim on Pilgrimage to Tibet, Bali, Bhutan, and Scotland. Karla has been practicing Chöd for 31 years and has assisted Lama Tsultrim on many Chöd Retreats. For the past seven years she has taught Chöd at Tara Mandala and in New York City. In October 2012 she received the Chöd Empowerment from His Holiness the 17th Karmapa, Orgyen Trinley Dorje.