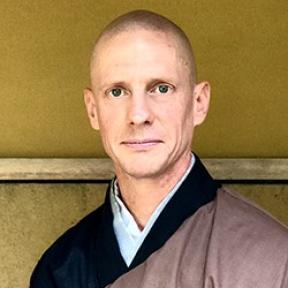 Jiryu Rutschman-Byler is a Soto Zen Buddhist priest and teacher in the lineage of Shunryu Suzuki Roshi, with dharma transmission from Sojun Mel Weitsman. He lives and teaches at Green Gulch Farm Zen Center, where he is the Tanto (Head of Practice). He is also mentor and preceptor to the Montaña de Silencio Sangha in Medellín, Colombia, and for many years served as the head teacher of the Buddhadharma Sangha of San Quentin State Prison.

Jiryu has trained in Zen temples in the US and Japan since 1996. He also holds a master's degree in Asian Studies from UC Berkeley (2014), where he worked under the mentorship of the Group in Buddhist Studies on Buddhist texts in classical Chinese and modern Japanese. His thesis research focused on Nishiari Bokusan and the development of Soto Zen in Japan during the Meiji Period (1868-1912).

He is the author of the book Two Shores of Zen, about his experiences in 2002 to 2004 as an American-trained monk practicing in Japanese Zen monasteries (more on Jiryu and Two Shores), and his writing has appeared in the Buddhist periodicals Buddhadharma and Turning Wheel.

San Francisco Zen Center is pleased to announce that Jiryu Rutschman-Byler has been appointed as the next Abiding Abbot of Green Gulch Farm, starting March 2023.