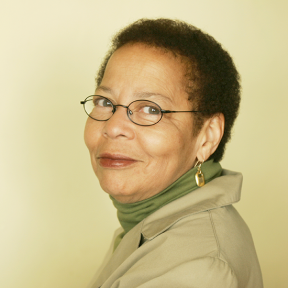 Jan Willis grew up in the Jim Crow South, marched with Martin Luther King, Jr. during the Birmingham Civil Rights Campaign, and escaped the Ku Klux Klan in Alabama only to face racism of another kind while enrolled at an Ivy League university. Jan persevered and earned her BA and MA in Philosophy from Cornell University, and her PhD in Indic and Buddhist Studies from Columbia University. When she studied abroad in India and Nepal, she met the Tibetan Lama Thubten Yeshe who became her mentor for fifteen years, and one of the most influential Buddhist teachers in the West. Through his guidance, Jan learned to face down the demons of her past and embrace her whole identity—Black, Baptist, and Buddhist. She has studied and taught Buddhism for fifty years.

In December of 2000, Time magazine named Willis one of six “spiritual innovators for the new millennium.” In 2003, she was a recipient of Wesleyan University’s Binswanger Prize for Excellence in Teaching. Newsweek magazine’s “Spirituality in America” issue in 2005 included a profile of Willis. In its May 2007 edition, Ebony magazine named Willis one of its “Power 150” most influential African Americans.

Jan is currently Professor of Religion Emerita at Wesleyan University in Middletown, CT, and Visiting Professor of Religion at Agnes Scott College in Decatur, GA. She is the author of numerous essays and books, including The Diamond Light: An Introduction to Tibetan Buddhist Meditation; On Knowing Reality: The Tattvartha Chapter of Asanga's Bodhisattvabhumi; Dreaming Me: Black, Baptist and Buddhist; and Dharma Matters: Women, Race and Tantra. To learn more, please visit her website: janwillis.org