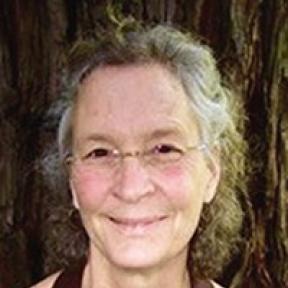 Chris is a Zen priest and teacher who received Dharma Transmission from Zoketsu Norman Fischer. She began practicing Buddhism at San Francisco Zen Center in 1976. She later became a licensed MFT psychotherapist and integrated spirituality and psychotherapy in her private practice for many years.

Chris founded and leads Dharma Heart Zen in Sonoma County and is a senior teacher in the Everyday Zen Foundation. She is active in anti-racism work. She leads Jizo Grief Ceremonies for Those Who Have Died, as well as trainings and Jizo Practice Groups. Chris cofounded Veteran's PATH to bring mindfulness and meditation practices to the wounds and trauma of war, and is currently working with wildland firefighters to help them meet the ever-increasing stressors of climate catastrophe.