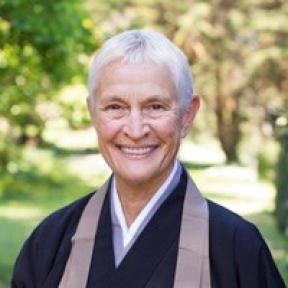 Furyu Nancy Schroeder, a resident of Zen Center since the 1970s, became Abiding Abbess at Green Gulch Farm Zen Center in March 2014. Fu has held most of the monastic positions at Zen Center and has been an active supporter of programs for children, people of color, the gay and lesbian community, and the interfaith community. In 2008 she was elected to the Marin Women's Hall of Fame, and in 2010 she was appointed to the Board of the Marin Community Foundation. In addition, she has previously co-led Zen Center's Contemplative Caregiver Course. She received Dharma Transmission from Tenshin Reb Anderson in 1999.