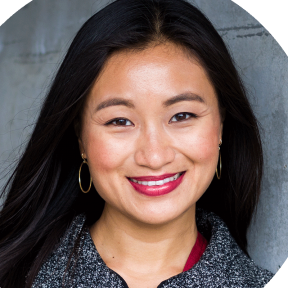 Chenxing Han is a Bay Area–based writer whose publications have appeared in Buddhadharma, Journal of Global Buddhism, Lion’s Roar, Pacific World, Tricycle, and elsewhere. She holds a BA from Stanford University and an MA in Buddhist Studies from the Graduate Theological Union. After studying chaplaincy at the Institute of Buddhist Studies in Berkeley, California, she worked in spiritual care at a nearby community hospital in Oakland. Her first book, Be the Refuge: Raising the Voices of Asian American Buddhists, was published by North Atlantic Books in January 2021.